So there we were, we had already climbed Snowdon in Wales, Scafell Pike in the Lake District and Mount Batur in Bali. Despite our attempts to postpone our trip to Ben Nevis, Scotland we couldn’t avoid it completely. I had challenged myself to complete the THREE PEAKS so I had to climb it before the weather became too difficult!

Like any trip that you take, it involves lots of planning and intricate details, right? Maybe not, but I am usually quite a control freak so I like to plan all itsy bitsy things! Bearing in mind that at the time, Ahmed was in Manchester and I was  in Newcastle,  this meant that I had to figure out how Ahmed and I would both finish work, meet somewhere half way and drive up to Scotland on a busy bank holiday weekend.  We were apparently two of 15 million folks on the road that weekend, yeyy!

And gosh it was busy on the road!

After a bit of a chaotic day at work (we won’t get into that just now!) I went to the train station to catch the train to Carlisle. The journey started off with a Cuppa Latte of course. I stopped off to buy some Latte and sat down on some quirky looking tables and chairs. As I was about to take some photos for ‘the gram’ I overheard someone telling another traveller that the train to Carlisle was at platform 1 which was located approximately 50 meters down the lane. uh oh! Being completely engrossed in my own world, I soon realised that was my train and it was due to leave in 4 minutes. There was no time to be taking snaps for ‘the gram’, instead I got up, grabbed my stuff and ran towards the ‘correct’ platform whilst trying hard not to spill the hot coffee all over myself!

The journey already seemed stressful before i even got on! I soon managed to grab myself a seat and started to sip my coffee with a smug face. As i took my first sip, I heard lots of swearing and shouting in the background. Sigh. I thought to myself ‘here we go’. As i was thinking that, the lady next to me whispered ‘can’t they have their domestic when they get off the train’. I smiled and nodded as I couldn’t agree more, although the sinister me thought it would be quite entertaining to analyse their relationship (SOCIAL WORKER PROBLEMS)! The couple soon stopped arguing and i decided to top up my nail polish and watch the world go by.

Before I knew it, it was time to get off. Ahmed came to collect me from the train station and off we went to Scotland, Aye! On our way to our Airbnb find, we got peckish so we stopped off at the only place that was open at that time of the night. At this point I was extremely hungry and wanted everything that was in the shop (and i kinda did too)! I ended up spending over £25 on some chocolates, biscuits, crisps and some other junk food related items.

As we drove on, I tucked into my chocolate, only to find out that the chocolate – Dairy Milk was melted! Feeling distraught, i decided to stick it out the window and let it hang in the hope of the cold air making it hard again! and it worked! woohoo!

We arrived at our destination (finally)! We were greeted by our wonderful host Corrina, with the biggest smile and the most lovely Scottish accent. She led us into our own little private area which was spotlessly clean and inviting, especially after the hours of driving and travelling! It is fair to say that this was by far the most affordable place we could find on Airbnb. Corrina had provided us with absolutely everything, including breakfast, tea and coffee!

After having an amazing night sleep, we woke up bright and early to climb Ben Nevis. For anyone wanting to climb Ben Nevis, we would highly recommend staying in Fort William as it is literally EIGHT minutes away from the car park near for Ben Nevis. It also has a Morrisons quite nearby where you can purchase all the basic necessities, be it food or first aid stuff!

Ben Nevis is the highest mountain in the British Isles, located in Scotland, United Kingdom. Standing at 1,345 metres above sea level, it is located in the Scottish Highlands, close to the town of Fort William.

Smiles on our faces, butterflies in our stomachs (or at least my stomach), we began to make our way towards the signposted walking routes of what IS the HIGHEST peak in the UK! Feeling proud, excited and extremely nervous, I already started to wish that we had prepared a bit more before taking on this challenge. People from all walks of life, race, religion and background were seen to be scattered all over the car park. There was a massive group of Sikhs with ‘Sikh Relief’ T-shirts on. It already put a massive smile on my face. You know I love diversity, right?! They were doing the ACTUAL ‘Three Peak Challenge’ in 24 Hours!! For those of you who may not be aware of the ‘read deal’ three peak challenge, it entails walking Ben Nevis, Scafell Pike and Snowdon in 24 hours (in whatever order the challenger fancies tackling them).

As we were walking up, it was getting extremely hot. No, i am not complaining! But I was completely not prepared for it to be as hot as it was! I soon started to look for shades for pit-stops . We hiked up using the ‘tourist route’, which was almost like climbing a very long flight of stairs, with great views (we got the weather right!). 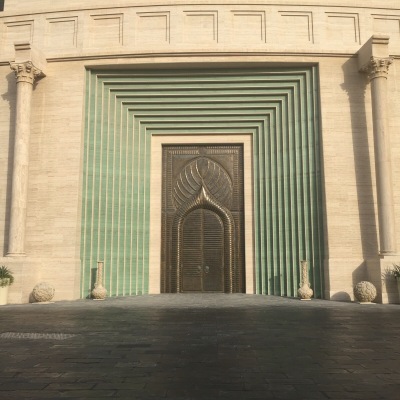 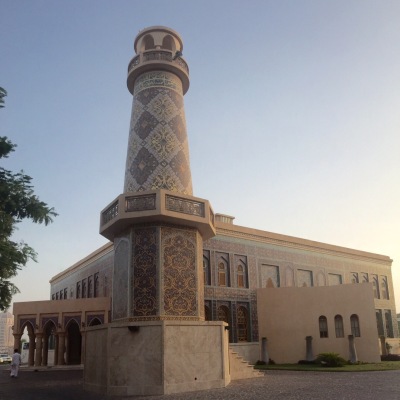 Half way up the summit, you get to see this beautiful ‘Loch’. We asked a local Scot Mark if this was ‘the lake’ that is supposed to be half way to the summit. Mark soon corrected our language and informed us that there are only TWO lakes in Scotland and that this was a Loch. I had to get home to google what he meant by ‘Loch’. Apparently A Loch is a large area of water in Scotland that is completely or almost completely surrounded by land…..!

As we climbed up, we noticed a group of Asian men, both old and younger, making their way to the top. I had a quick moment to myself wondering if they might be from our (other) hometown ‘Mirpur’. Ahmed and I started to talk about our (other) home town ‘Mirpur’ in Urdu and were discussing something random like what areas were the ‘posh ends’ in Mirpur when an older man walking in front of us turned around and agreed with something that I had just said (and obviously Ahmed was disagreeing with – typical!). This gentlemen, who would have been around my father’s age, was now walking with us. Absolutely baffled by his response, we asked him where he was from and to our surprised he replied ‘Mirpur’. Taken back by this surreal moment, we asked him some more questions and we soon came to know that he is a really good friend of Ahmed’s uncle and also knows both our families! INSANE RIGHT?!! The saying ‘What a small world’ truly was appropriate in this moment in time!

The climb wasnt as steep as it was long! And boy was it long!

Nevertheless we got there eventually, and yes, it was all worth it. The clear blue sky and the sun beaming through patches of clouds was just incredible. The vistas from atop Ben Nevis were breath-taking.

Ben Nevis oozes history and the sense of achievement is paramount. The ruins of the old observatory are unmissable. One can’t help but imagine the way of life and how hard it would have been back in the day to live here. The emergency shelter that sits nearby is evidence of how ruthless Ben Nevis can be.

All in all, this mountain, the highest peak in the UK had been kind of us, and so had the weather.

Will sunny spells and not a drop of rain, we can not complain, can we?

If there was anything that we had not been prepared for, it was the descend. With a dodgy knee (impacted meniscus) and lack of food, it was not the right state of affairs to be ‘rolling down’ a mountain. I did wonder at the time if rolling down was an option.

With heads held high (figuratively of course) and clinging on to hope, we embarked on the trek to the foot of the mountain.

A word of advice to trekkers: When you are on your way down and people heading up ask you about how much of the trek is left, please tell the truth!

On our way down, we met an older couple who were clearly struggling. When they asked people heading down how much was left, the responses were as varied as the weather in UK on any given day! Some nudged them on to keep going on which in our opinion should not have been an option- considering this was well in the second half of the day!

We did finally make our way in to the car park, only to notice a brave (read: crazy) bunch of people doing the (actual) three peaks challenge and heading to the top. We wished God speed to them, rolled our eyes, whispered ‘show offs’ and did not look back!

Having a moment of self reflection as I head towards my mid thirties. So far my thirties have consisted of a fair bit of issues around my mental health. Post natal depression, Anxiety and low mood being the main struggles. But they have also taught me so much. I’m learning more about my self each and every single day. My two beautiful little humans have taught me to love myself in ways I didn’t think was possible.
I was carrying my baby Nael in this photo. 18 weeks pregnant, feeling sick as a chip with no appetite whatsoever. I found it incredibly hard to be positive. I felt miserable during my entire pregnancy and those negative feelings also occupied my mind post baby. Post natal depression is no joke but now that he’s older, the negative memories are slowly starting to disappear. I’m grateful and fortunate to have the most adorable little boy in my life who calls me mummy. But I don’t want to forget about those ante natal and post natal days. I want to remember them so I can support anyone struggling, to raise awareness and to acknowledge that its not always easy. My DMs will always be open for anyone struggling with their mental health, including ante natal and post natal depression 🙏🏽
Oh, how I can’t wait to show Nael and Riah all the things this beautiful world has to offer ✨
I’m in quite a reflective phase of life at the minute so my captions might be long and boring but I’ve always used Instagram as a therapeutic platform so here I am🤷🏻‍♀️.
Since we’re not going anywhere anything soon, it’s about time I post some holiday posts anyway! Can’t quite believe it was FOUR years ago when we took a trip to Portugal for a few days. Oh how I miss the buzz of getting on a plane, the pure joy in eating different foods and the guaranteed hot weather 🥺
People ask me how it is to be a mother of two. How it has been going from caring for my toddler to also caring for a baby. I wish there was a simple answer or a straight forward feeling. I thought going from having one baby to two would be easier. And it is, but it isn’t.
Back to top
Loading Comments...
%d bloggers like this: